Jake was born on 6/12/2002. He was diagnosed with RCDP Type 2 at 6 months of age. He has under gone multiple surgeries since birth at Rainbow Babies and Children’s Hospital in Cleveland, Ohio. He has had cataract surgery on both eyes, wearing contacts for many years and now has intraocular lenses.

He can not eat orally. He has a feed plan of Bolus during the day and is supplemented with a G-tube for night time feed and medicines. He has also had Ear Tube surgery. In 2009 he had an Osteotomy with a muscle release surgery on both arms to increase mobility. Because of the complexity of this surgery, this procedure was done at Boston Children’s. Jake is a tough little guy and he loves to smile and listen to music.

We celebrate that Jake is a teenager and treasure every single day we spend with him. 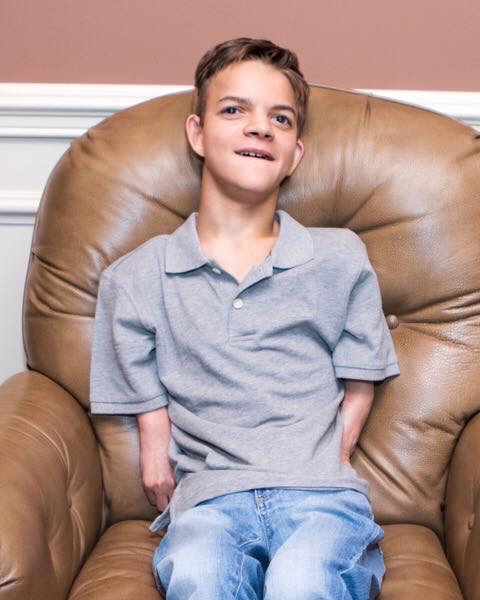