She has under gone multiple surgeries at Rainbow Babies and Children’s Hospital in Cleveland, Ohio. She has had Tethered Cord Surgery, Tonsillectomy, Ear Tube and Cataract Surgery on both eyes. After wearing contacts for many years she now has intraocular lenses. She has also been diagnosed with Mitral Valve Prolapse. Since she can only have limited nutrition orally, she currently has a G-tube for medicines and is given night time feeds as well as bolus feeds throughout the day.

In 2013 she had a gastric stimulator to counteract the effects of Gastric paresis as well as a Nyssen placed to help with gastric issues. Since then her heath and weight has improved dramatically. Jordyn also receives daily respiratory therapies. Due to being medically fragile she is currently receiving PT, OT, Speech and Music Therapies in the home as well as being home schooled.

Among the many other medications that help her, she takes multiple medications to control her daily seizures. Jordyn is a poster child for Rainbow Babies and Children’s Hospital. Considering what she has gone through, she is one of the toughest little girls you would ever know. 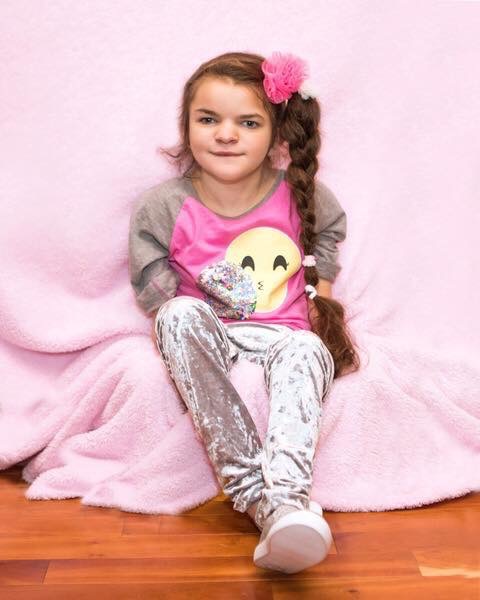