Leon was born on September 28, 2014. We didn’t know he was going to suffer this illness; four months later we were given his diagnosis: RCDP. Even though his prognosis was dramatic, we always knew we had to struggle to make him a happy child and make sure he suffered the less possible. When he was one month old, doctors placed a nasogastric tube for feeding; when he was five months old he had a surgery due to congenital cataracts. At the moment, Leon is one year and five months old, and we’re waiting the date for an antireflux surgery and place him a gastric button. He’s being stimulated since he’s two months old, and we’re having a progress in physiotherapy. Leon’s wonderful smile makes all of us vibrate. He loves being carried in someone’s arms and talked to. He enjoys dancing in his mum’s arms. He goes to Chicago’s football stadium with his family since he was born. He travels to visit his grandmas, aunts and cousins. He’s the joy of our home. Assumed our son’s destiny, we started a trip of love, happiness, cuddles, family, friends and lots of positive energy and, in that way, we’ll face whatever comes. Leon was, is and will be the love dream of his parents. 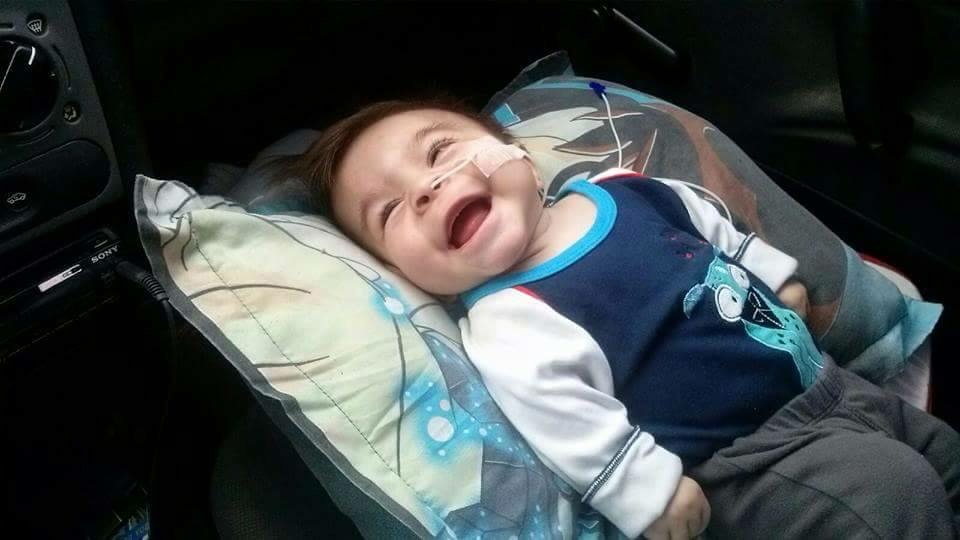