On August 29, 2013 our second daughter came into the world. A little girl that would open our eyes and heart to a new understanding of life. At two o’clock on that Thursday I began pushing and would soon meet our baby. The doctor asked me after she was here if I want her to be placed on my chest to hold and see her or to give her off to be cleaned up. Of course I said “I want her”! When Makenna came into the world my doctor was quiet, he could see something was wrong and didn’t want to alarm us. Our doctor quietly said I’m just going to hand her off to get cleaned up. Instantly my heart sank I knew from the second I stopped pushing and she arrived that something was not quite right. I don’t know how I knew, maybe it was God trying to prepare me for what was coming but I knew something was wrong with our baby. Later that night Makenna’s pediatrician came to deliver the news of what they knew so far about her. They had noticed that her upper arms were shorter than normal, her feet were turned outward and very stiff, and her hips were stiff as well. The doctors worried that her hips might be dislocated. She cried so much from all the pain she was in. Her pediatrician had told Mark and I that it was very possible we would be transferred to Arkansas Children’s Hospital. In the morning, that’s just what happened.

Makenna was taken by ambulance and we followed close behind. She was admitted into the NICU, where she would spend the next twelve days. This was the most terrifying thing I had ever experienced, seeing my new born baby hooked up to so many machines and not knowing what was going on. When she got to Children’s they quickly went to work on figuring out what was wrong. They performed an EKG on her, did ultrasounds, drew blood and many other things. After doing an EKG on her heart the doctor found out that it was not fully developed and she would need to be put on oxygen to help her breathe. The twelve days in the NICU consisted of trying to figure out how much oxygen she needed to be on, passing hearing and eye tests, and getting her to eat. After all that was under control her genetic doctor said we could take her home and the genetic blood work would be sent off to figure out her exact syndrome. It would take a couple months to get it all back.

On January 13, 2014 we had an appointment with the genetic clinic to go over Makenna’s results. Her doctor told us she had a rare genetic disorder that was called Rhizomelic Chondrodysplasia Punctata also known as RCDP. As the doctor explained to us what was to be expected with the disorder my heart slowly broke. He told us that with RCDP there are about 53 cases known in the US.. Then he said some of the toughest words I would ever hear, this is terminal for these children. Most children won’t live past the age of two and very small percentage make it to the age of ten. Most of these children do not walk or talk or even sit up on their own but show emotions when they are happy or sad.

Although Makenna is not on the lower end of the severe spectrum, she has had many significant battles in her years of life. Makenna has always been feed orally but RCDP has slowly taken that skill away. On Jaunary of 2018 we had to make a hard decision to place a G-tube in her. Makenna was having several cases of aspirated pneumonia, some leading to hospitalizations. We could see her losing weight and knew, even though we hated taking this away from her it was the best option to keep her healthy. Since placement of the tube she hasn’t had a case of aspirated pneumonia. We believe Makenna was having small seizures that were effecting her swallowing skills that helped lead to the aspirating. Since then she has been diagnosed with having multipliable seizures daily. Right now we have a small grasp of how to mange them. And we are hoping in the near future we can help decrease the amount of seizures she has even more.

Since she had her G-tube placed Makenna has thrived! She had lost over 2 pounds in weight during her hard time before the surgery but since then she has gained that weight back and then some. We could not be more proud of our little fighter. She never stops amazing us and she refuses to let RCDP tell her what limits she’ll have.

After hearing our child would not have the full life we wished for her we were devastated. Not seeing her run and play with her big sister is almost unbearable to think about, but when I see the gentleness that Makenna’s big sister has toward her or I see how Makenna completely lights up when her sister comes home from school I know they still share the unbreakable bond many sisters share. We may never know why this happened to her but we do know that we will cherish every second God grants us with her. We will enjoy each smile, laugh, and moment we are blessed with, for Makenna is our special one. She is one of the strongest people we know. She wakes up everyday fighting for her life with the biggest smile on her face. We love our little fighter. And will forever be fighting this fight against RCDP. 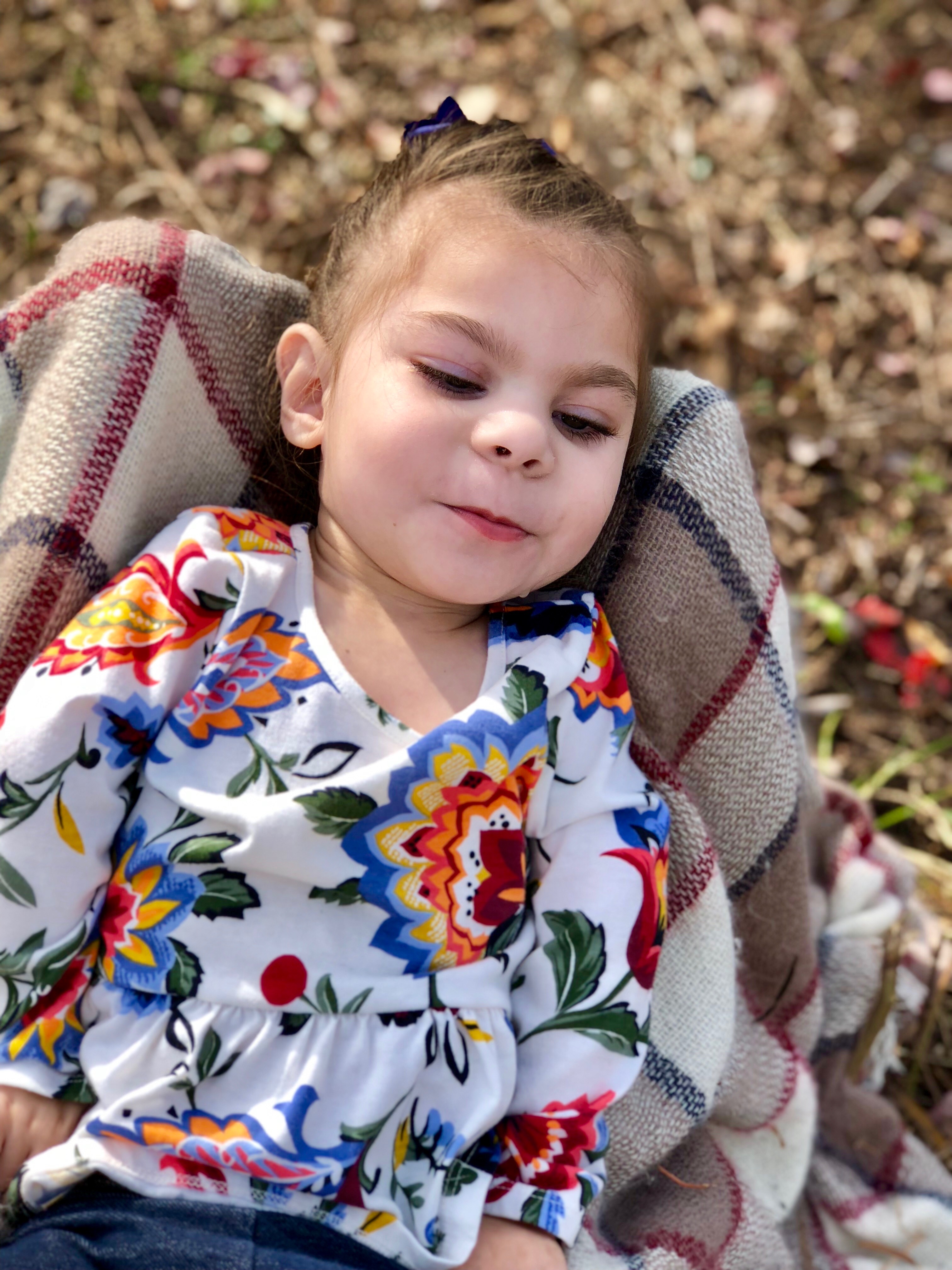